Submit
Back to Case Study

Lump in Left Breast since 15 days

No skin or nipple changes

No significant medical or gynaecologic or family history

The tumour is in the upper quadrant at 12 o’clock position, 5-6 cms away from Nipple-Areola Complex

Markings are done in such a way that nipple, which is placed at around 25 cms from suprasternal notch, is lifted to around 20 cms and the wise pattern markings are done

The lower segment is de-epithelised completely

Shaved margins are sent for a frozen section

The tumour bed is marked with clips for identification by radiotherapist

The whole of the lower segment including infero-medial, infero-lateral pedicles and inferior pedicle is used to carry the NAC as the breast is not extensively reduced

The filler, which is the extension of the lower pedicle, is filled into the gap and the nipple is carried to the appropriate position

The nipple is sutured, first by interrupted sutures and then with continuous sutures

Similarly on the other side, the wise pattern is marked and a formal inferior pedicle is done with reduction to achieve 10% smaller size compared to the other breast

Care is taken to cut perpendicular down to the chest wall

NAC is sutured and the skin is closed in two layers 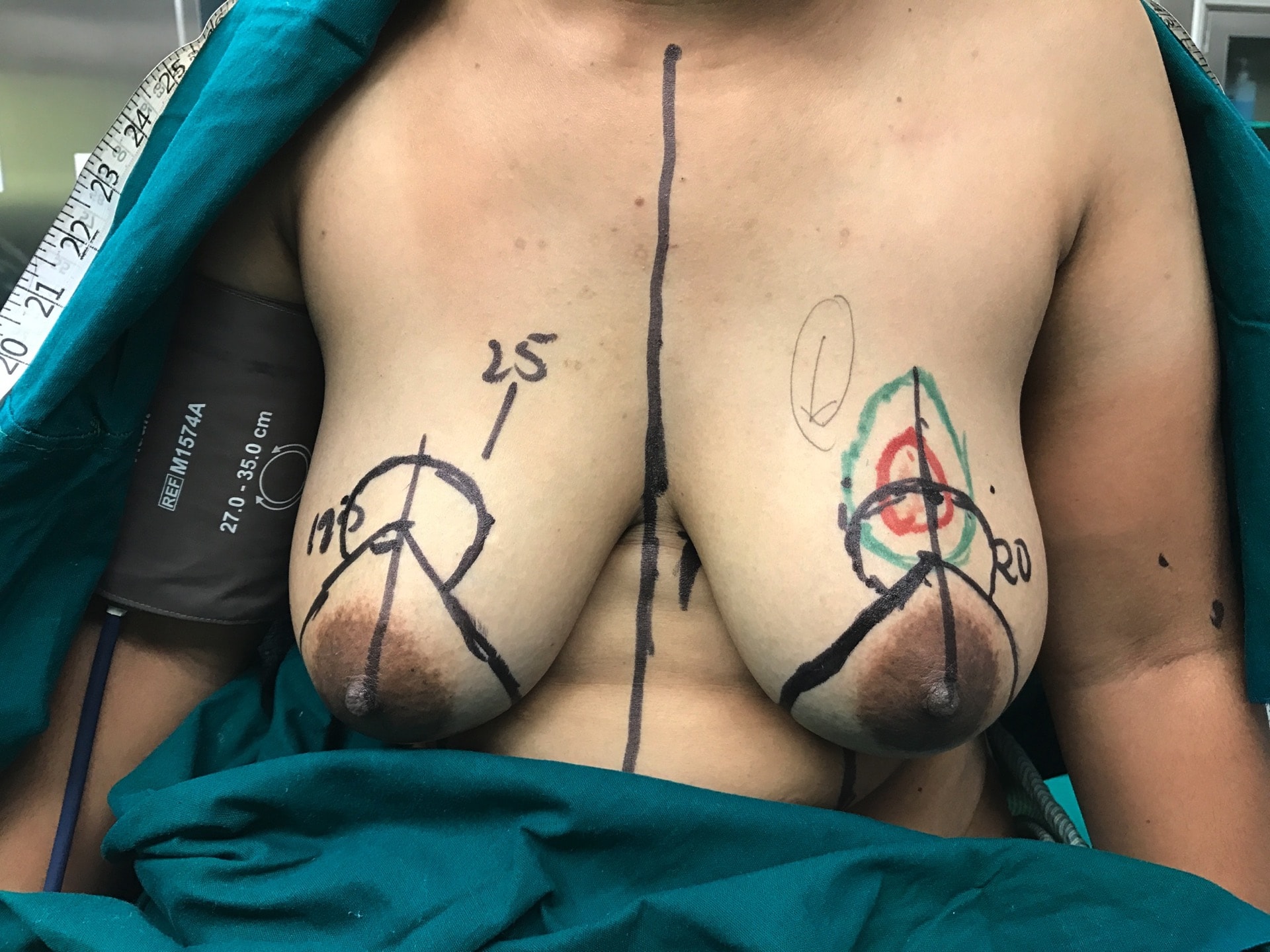 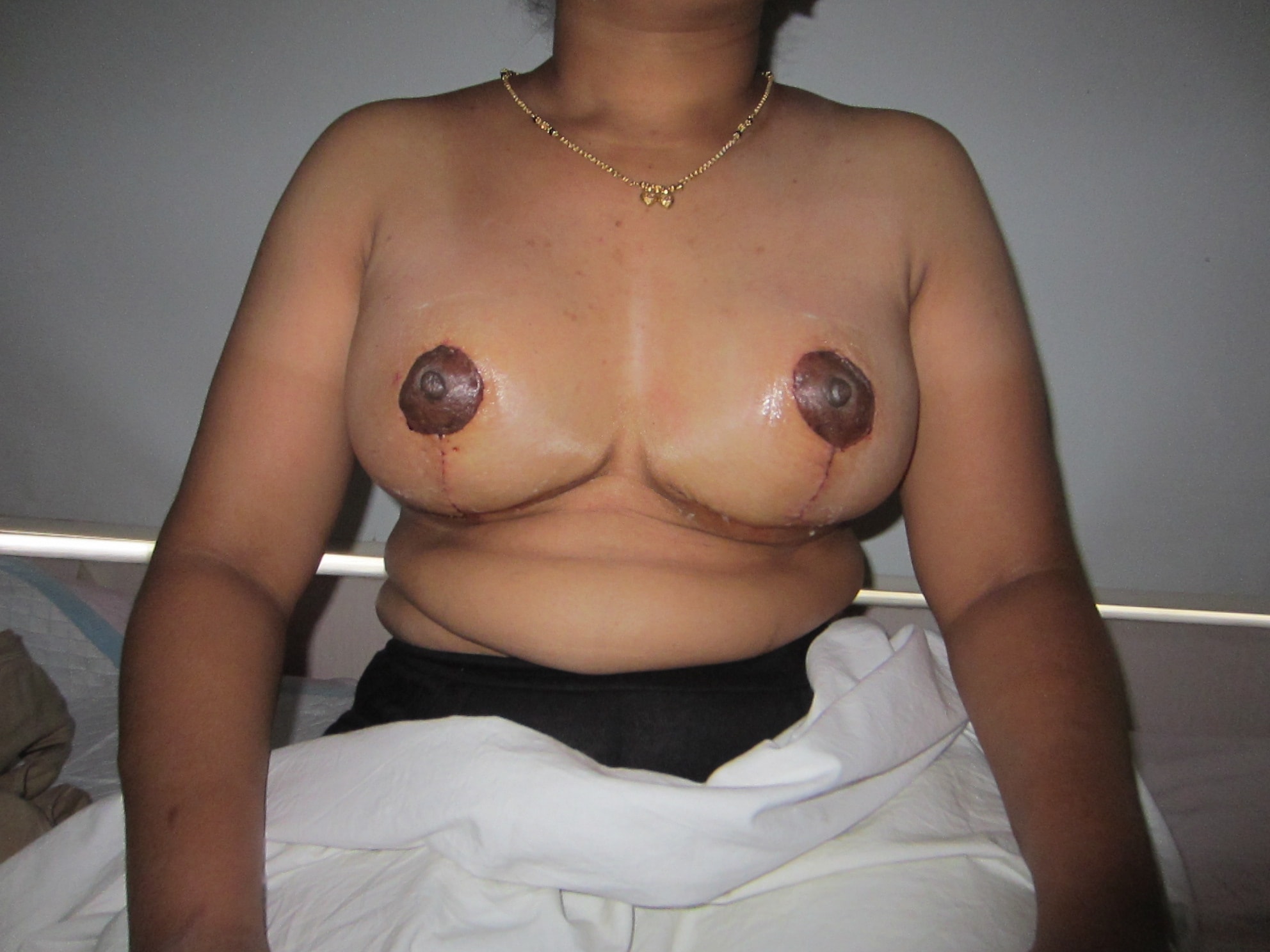 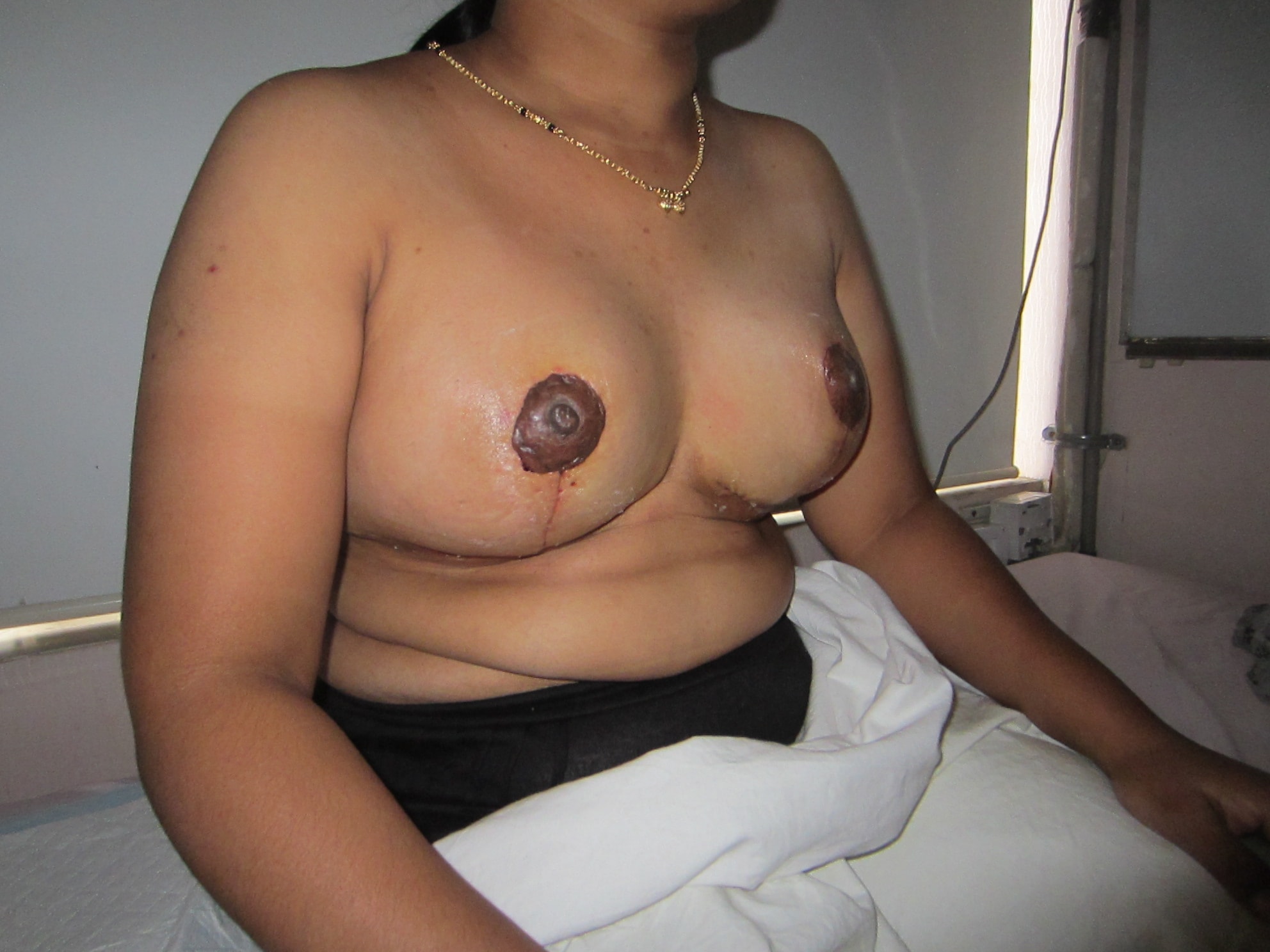 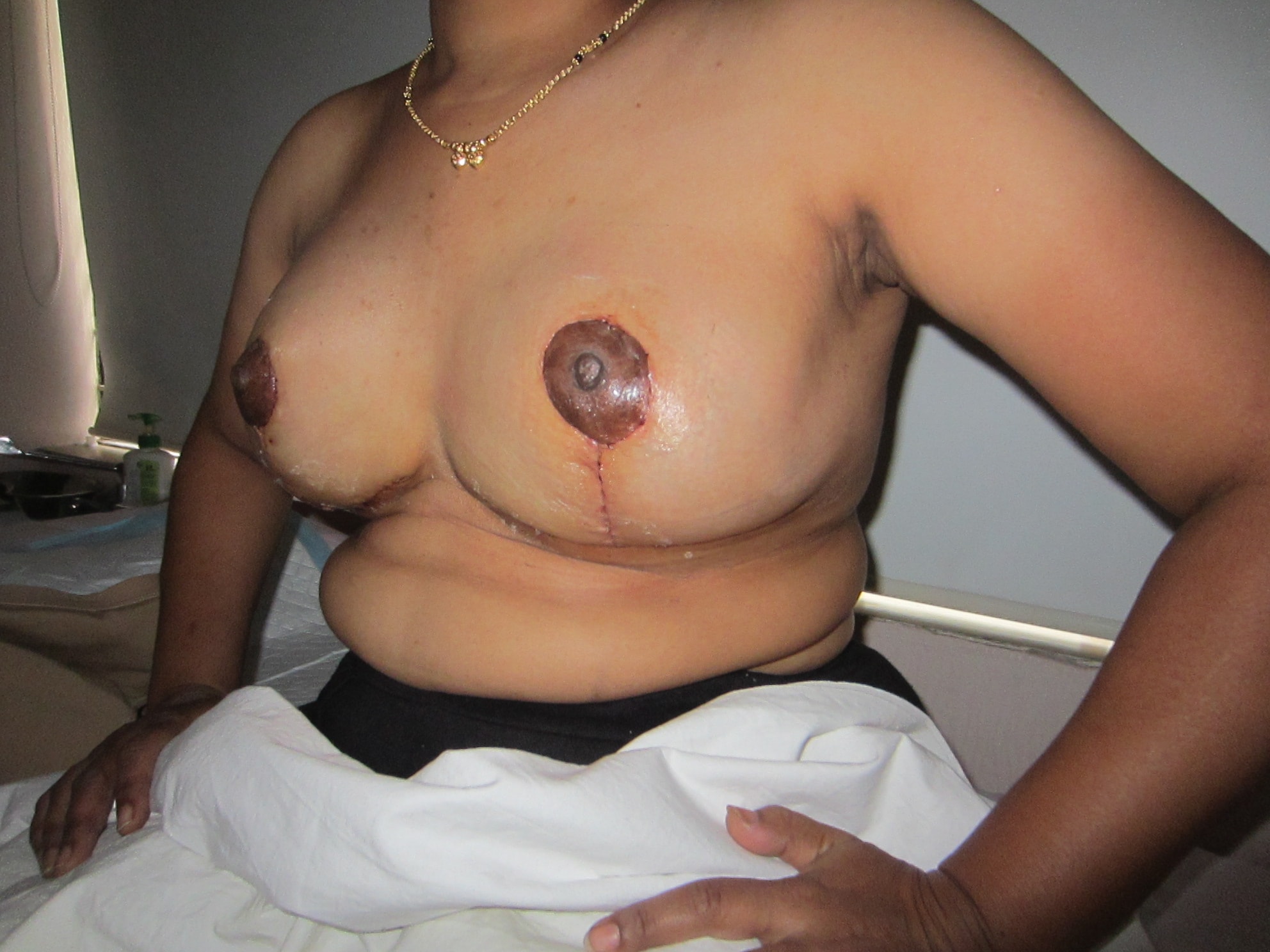